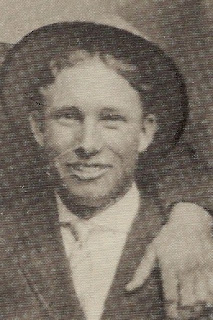 Joseph Hyrum Spackman was the youngest child of twelve children born to Edwin and Rosanna Black Spackman. His parents lived in England and came to America in 1880. They brought six children with them. They buried one child in England, a boy, named William George. (Born 26 August 1874 and died 24 August 1878). Those children who came with them, that were born in England were: Amos, Annie Maria, Charlotte, Henry Edwin, Alice, and Francis Albert (Alf) who was just a baby. They settled in Richmond, Utah where Sarah Jane was born in 1881. They then moved to Cove, Utah where Alma was born in 1883. Next a little girl was born and named Ellen. She died as a child. Then Brigham was born at Cove, Utah in 1887. Annie Maria had married Andrew Allen of Cove as his second wife. Things were bad at this time for the polygamists.
Andrew Allen hired Annie’s father and mother, Edwin and Rosanna, to take Annie and move south. About 1887 they left and went to St. George, Utah. Here Annie’s second child, Rosanna, was born in 1888. Charlotte met Thomas Sullivan and they married in 1888. They lived in St. George and Leeds, Utah for years. The Spackmans and Annie came back to Provo, Utah where Hyrum was born in 1889. (It is said that Grandpa Hyrum only weighted about 3 pounds at birth and that he could fit very nicely in a quart teacup.) They lived in Provo about a year and then came to Lewiston, Utah where they rented a place straight west of Lewiston down by the river.
About 1895 they then moved to Trenton and ran the Bullen milk ranch. They milked so many cows that they hauled their own milk to the factory. About 1900 they moved to the crossroads this side of Richmond where they lived until the time of Hy’s father’s death. I believe this was the first property they had owned since they had come to America. After Hy’s father died his mother moved to Preston and lived in the house that Ted Spackman, Hy’s son has. She lived there until the time of her death.
Hy’s father has said that when he left England he had been employed as a caretaker of a stable of very fine horses, that were owned by a rich man.
None of Hy’s mother’s folks came to America that we know of. All of his father’s family came, also his grandfather and grandmother.
This picture was given to Grandma by Grandpa when they were married. Grandpa is the one on the right. A story is told by Grandma about the young man on the left. Wen she worked at the meat market the power line was being installed down the middle of Main Street. One day she heard men yelling and carrying on outside. She went out and just as she got to the door, she saw a man fall to the ground. He had been electrocuted and was dead before he fell. It was a Merrill boy from Lewiston. After she saw this picture she found out that it had been one of Grandpa’s best friends.
Hy worked around Richmond until about 1909. He worked for James Sheppard in Richmond for about 2 years. Sheppard had two wives and Hy would stay a week at one wife’s and then move to the other one’s for a week. He ran a header with six head of horses to head grain in what they called the south fields, west of the high school. He worked for Newell Bullen and Hershel Bullen at Richmond and Gentile Valley on the Black Canyon ranch which was near Central on the west side of the valley. While working on this ranch he would tell of how at night when they were watering, how he would hear the rattlesnakes. They would kill dozens of them during the day while they were working. In later years he would wake with a start after dreaming of hearing the sound of those rattlers.
Hy loved to dance. While working in Richmond he would drive a horse and buggy to Smithfield to go to the dances. He had a steady girl friend, named Rose Milligan, up until the time we met. She told Hy she was going to pull all of my hair out.
I met Hy in 1910 while he was working in Gentile Valley. I met him at his brother, Alma’s, home in Richmond. When he came down to Preston and Richmond from up the valley he came in a white top buggy or he rode a horse most of the time. He was a good neighbor to a fellow who lived out by the ranch he worked on in Central, his name was Corbett. Some of the boys have told Nelda and Glenn of how kind Hy was to their mother and family. He worked in this part of the country until we were married in 1912. 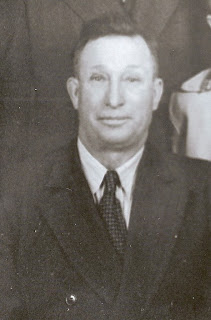