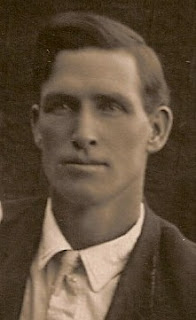 When Francis Albert was born the 16 April 1879, he was the seventh child and the last of Rosanna’s and Edwin’s children to be born in England (Newbury, Berkshire). He was just a baby when the family left England.

In 1907 Uncle Alf married a sweet lady whose name was Meady Myriah Larsen (lovingly called Aunt “Maida” by her nieces and nephews). She was born in Cleveland, Idaho and this may be why they settled there after their marriage for a while. The children born to them while they lived here were: Albert Ray, Virgil, LaRue, James DeVerle, Lovell Oleen, and Golden.

I’m not sure how many years the family lived here in Thatcher, but eventually they lived in Burley and then in the South San Francisco area.

He would come often to visit his family here and everyone enjoyed his visits. He was a regular cut-up and fun to be around.

Grandpa Hy would take his family to Burley to visit with them. Everyone I visited with had only good and happy memories of their Uncle Alf and Aunt Maida.

Uncle Alf suffered with cancer in his later years. It destroyed part of his nose. I’m sure he suffered a great deal with it. Aunt Leila remembers that he had some sort of a prosthesis piece that he wore over his nose to cover the damage caused by the cancer. 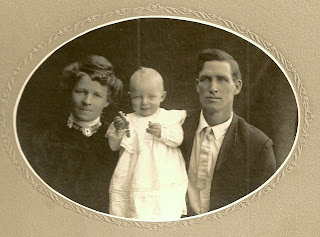