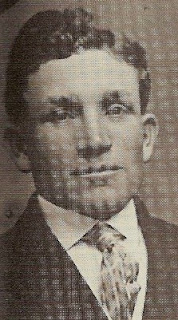 Uncle “Almy” as he was affectionately called by those who knew him was born 16 December 1883 in Cove, Utah.
I’m told that when he was little he had a bad case of the measles which affected his growth. He may have been small on the outside but anyone who knew Alma recognized the man of great stature on the inside. He was fun-loving, kind, patient, hard working, and a good man.
Alma and Clara Peterson were married 14 February 1906, a Valentine’s day love story. Alma Ferron was born in 1907 and Phyllis Erma in 1910. The family settled in Richmond where they stayed their whole married life.
Besides farming in Richmond, he and Clara were caretakers at the cemetery there. In fact it was on his farm that my grandfather Hy met his future wife, Iris.
Aunt Clara was an excellent housekeeper and kept the house and yard very neat and clean. Their home was north of the cemetery entrance and faces west. It is still standing today.
I remember Uncle Almy coming to see Grandpa when he was ill. I loved to see him and thought he was so fun because he was little and as much a kid as we were. He’d tease us and have fun with us.
Aunt Leila says he would come to Hy’s house when Cherrill was there and hide behind a tree. Then he would holler at them in the house to “send that cute little boy outside!” Then he would jump out and tease Cherrill and play with him.
Uncle Almy passed away 11 June 1965 and Aunt Clara on 16 June 1973. They are buried in Richmond, Utah. 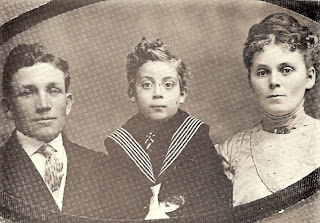